Study the history of witchcraft in Scotland.

Join us online to uncover the facts about witch-hunting in Scotland and the Scottish witch trials.

In this course, you’ll learn in-depth about witchcraft in early modern Scotland. You’ll explore Scottish attitudes and approaches to magic, the preternatural and the supernatural, from 1590-1690.

With guidance and support from our Department of History, you’ll study:

Who is this online Scottish history course for?

This distance-learning course is for anyone, anywhere in the world, with a professional or personal interest in the history of Scottish witchcraft, witch hunting, and witch trials.

Build credits towards a Masters degree

This online course is part of:

You can use the credits you earn on this short course towards this MLitt qualification.

In this online course, you’ll study the attitudes and approaches to magic, the preternatural, and the supernatural in early modern Scotland (1590-1690).

You’ll examine a number of inter-related themes, including:

You’ll look in detail at important secondary texts in the historiographical debates in this area, and at major bodies of primary source documentation on the subject.

By the end of this course, you’ll be able to...

Why study the Scottish witch hunts online with the University of Aberdeen?

We’re rated top 20 in the UK for History (The Times Good University Guide 2023).

We’ve been delivering online and distance learning for decades.

University of Aberdeen alumni get 20% off this online course.

Our distance learning Scottish Witch-Hunting course is delivered flexibly, 100% online. You can study with us anywhere in the world and manage your study hours to suit you.

This course is taught at Masters level.

Your teaching is delivered through MyAberdeen, our online Virtual Learning Environment (VLE). It holds all the materials, tools and support you’ll need in your studies. Take a look around MyAberdeen.

You can access your learning materials on computer, smartphone and laptop, 24 hours a day. You’ll find a range of resources at your fingertips, including:

You’ll learn from Chair in History at the University of Aberdeen, Professor William G Naphy.

You’ll be assessed entirely online throughout your course via:

This course totals approximately 300 hours of study and assessment time.

That’s around 15 – 20 hours per week in regular topic work, with more time required around assessments.

This is an indicative guide to the time required for a typical student at this level to achieve the learning outcomes.

You can largely set your own study hours to cover the materials. MyAberdeen is available 24/7, so you can log in and study when it suits you.

There may be some activities scheduled at a fixed time, such as online meetings with your tutor or assessments with deadlines. But otherwise, you can access and work through the course at your convenience.

Our first-class support structure will ensure that you aren’t alone in your studies. Your course coordinator will support your learning throughout your course. And you’ll have contact with tutors via MyAberdeen and email. You can use social media and discussion boards to chat with your fellow students too.

We provide a wide range of services to support you in your studies and beyond:

Wherever you are in the world, you’ll feel part of our very special Aberdeen learning community.

William is Chair in History at the University of Aberdeen and has been teaching with us since 1996. He holds a doctorate in Reformation History from the University of St Andrews. William speaks frequently to audiences and the media on the history of witchcraft, gender, sexuality, and Calvinism.

Where this will take you

You’ll earn 30 credits at Masters level (SCQF Level 11) with this course. It’s one of several Scottish Heritage short courses that we offer online:

Towards a Masters degree

You can use the 30 Masters-level credits you’ll earn with this course towards our:

Explore the rich history, art and philosophy of Scotland and its people. Access rare archive treasures and award-winning online teaching, with this flexible online Masters.

This course offers career-enhancing skills applicable in a range of professions, including teaching, tourism, and museum work.

See how our careers service can help you.

We welcome students from all over the world. You do not need a visa to study online with us.

This course has no formal entry requirements, so you do not need to provide proof of your qualifications.

However, you should check the entry guidance above to understand the level of teaching delivered. If you do not have qualifications from the UK, check the equivalent teaching level for your country.

Teaching is delivered in English.

You do not have to provide proof of your English language skills to join this course. But we want to make sure that you can use English well enough to study successfully.

For this course, we recommend the following level of English language proficiency. These are minimum scores:

A computer (PC, laptop or Mac) operating on either:

Most teaching materials are smartphone- and tablet-friendly. But we recommend a proper laptop or desktop for completing assignments comfortably.

We’ll give you access to Office365 applications. This means you can use online versions of Microsoft Word, Excel, and PowerPoint and install these programs on up to five personal devices.

If your course requires specialist software, we’ll provide you with access to this and a licence that lasts throughout your studies.

See our detailed IT requirements for more information.

When you study with us, you can expect a first-class support structure so that you’re never alone in your studies.

But learning online does mean you have to motivate yourself and manage your own time.

Your most important commitment to your course will be time – the time to work through, reflect on and understand your teaching materials.

Before you start a course that involves a high degree of independent study, we recommend looking at the time you will be able to devote to your course each week:

If you have any questions about studying online, get in touch with our friendly team. We’re here to help.

Your course fee needs to be paid in full before you start your course.

We accept payment via Visa Debit, Visa Credit and Mastercard.

You may be able to get help funding this course via:

Find out more about funding options.

All our students are entitled to a University of Aberdeen student card. This gives you access to a range of student discounts around the city and online.

This course has no formal entry requirements. You decide if it’s suitable for you.

The course is delivered at Masters level. At this level, you’d usually have at least:

Still not sure? Ask us a question

Apply for this course

Apply now
Added to your wishlist

View our History and society category 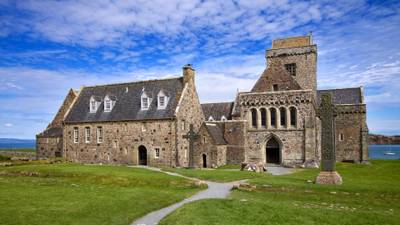 Examine the history of the Christian faith in Scotland, from the mission of Columba, through the crusade of Billy Graham, to the present day. 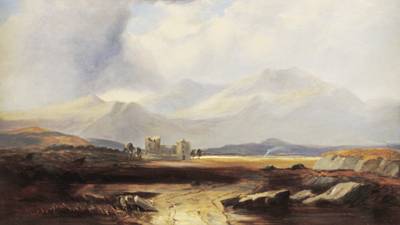 Engage with the visual history of Scotland across a period of 150 years. Examine Scottish art, how it evolved, what makes it Scottish, and what it has to say about Scotland in the 18th and 19th centuries. 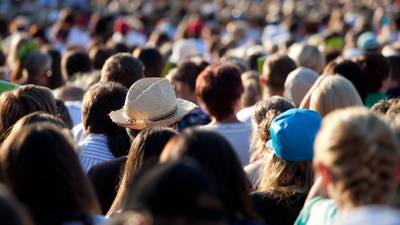 An Introduction to Ethnographic Research Methods

Ethnography is a fascinating way to study people and cultures. Learn the methods ethnographers use to research, analyse and help us understand cultures around the world. 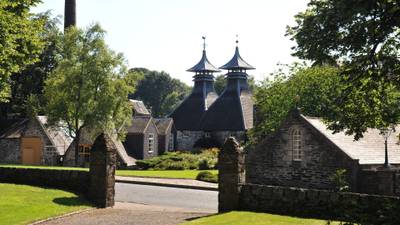 Deepen your knowledge of the unique history, landscape, culture and economy of north-east Scotland. Use this course to train as a tourist guide. 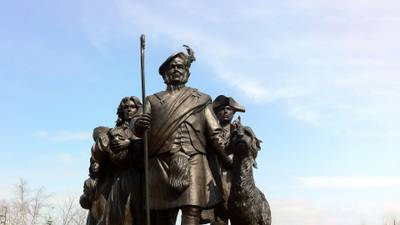 Explore the stories of the men, women and children who left Scotland’s shores for a new life overseas. Study part-time online with expert academics and researchers. 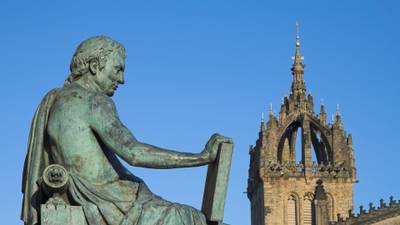 The Philosophy of the Scottish Enlightenment

Join us online to study Scottish Enlightenment philosophers and the groundbreaking ideas that rocked 18th-century Scotland. Earn credits towards a Masters in Scottish Heritage. 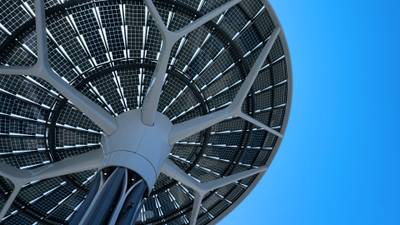 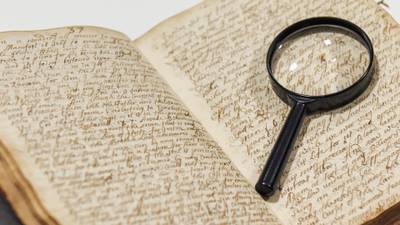 Approaches to Research: Archives and Sources

Gain the skills you need to conduct research in archives and library collections at graduate level, anywhere in the world. 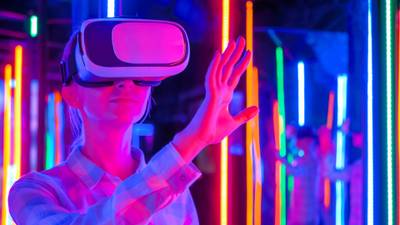 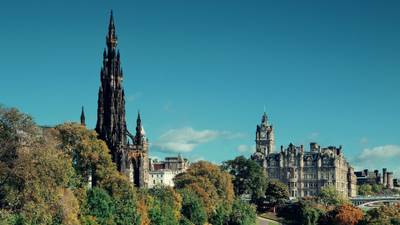 Walter Scott: The Man Behind the Monument

Discover the work, writing practices and legacy of Sir Walter Scott, one of Scotland’s most loved and enduring literary legends, with our free online course. 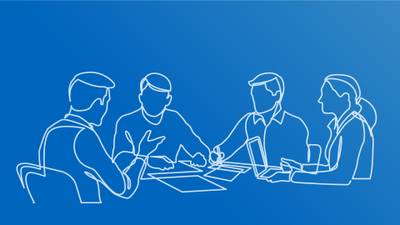 Gaelic for Business and Local Authorities 2

Join our second online Gaelic course for businesses and public bodies. It’s a flexible online course for anyone who has some basic Gaelic language skills. 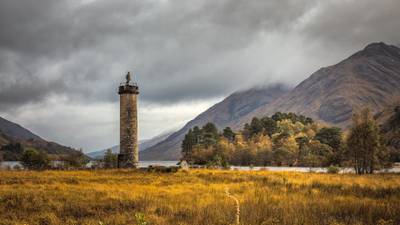 Scotland: A Millennium of History

Explore the rich history of Scotland over a thousand years. Delve into the past with an online course led by award-winning academics and researchers. 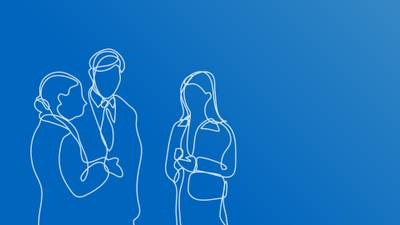 Gaelic for Business and Local Authorities 1

View our History and society category